As you will probably already know, the KEVIN.MURPHY ICON AWARDS celebrate the choices that KEVIN.MURPHY stylists make and those who are positively and actively impacting the environment, people’s lives and/or their communities. With that in mind, they have just announced the two semi-finalists from the UK. They are Andi Kelly at Andi Kelly Hair Studio in Edinburgh and Joe Milazzo at Esente Hair in London. 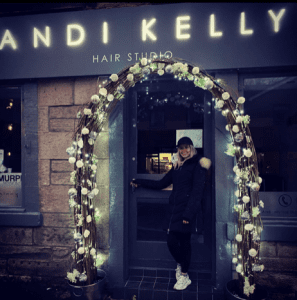 After convincing her clients (and herself) to have a clear out of unworn clothes, Andi Kelly donated everything to charity. In total, she and her clients donated 13 full bags of clothing which went to a charity that directly clothes the homeless. In 2020, Andi then set up a fundraiser via social media which made a whopping £850.50, donated equally between Abused Men in Scotland and Women’s Aid. She then went on to use her salon as a food drop-off point after discovering the food bank across the road was running low in supplies. In total, Andi and her clients have donated 14 full carrier bags of food and she continues to collect for the food bank on a regular basis. Congratulations Andi, we salute you! 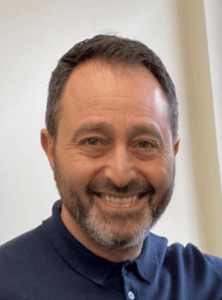 When Joe Milazzo’s wife Lina was diagnosed with breast cancer in 2014, he found himself frustrated by the lack of information and advice out there for cancer patients who were about to or had already lost their hair through chemotherapy. So, he set up a charity called Hair Reborn which involved offering three free appointments per week to those dealing with cancer-related hair loss after treatment. He would then rebook them back in for 10 weeks’ time for another two sessions to trim their hair back to health and within six months, they had their style back again. 60 people over the space of two years have benefitted from Joe’s amazing generosity and Hair Reborn now has 16 salons in the UK, with 25 more scheduled to join in the next 18 months. Joe, you’re our hero!

Congratulations to both Andi and Joe. It’s no wonder they have been awarded semi-finalists and with generosity like that, they are both clear winners!

There’s something in the air right now,perhaps the recent heatwave has quite literally gone to our heads! In the last couple of months, we’ve seen a rise in the number of celebs sliding up the colour scale and enjoying a brand-new sunny shade for summer.

Former brunettes recently switching up their shade, include Dua Lipa stepping out as an icy blonde at the Grammys, actress Florence Pugh teetering between shades of blonde, and Solar Power singer Lorde. Lorde sent fans wild when she sashayed onto the stage at Glastonbury as a newly bleached blonde. Previously Lorde had sported a blonde wig in her music video but opted for the real deal after her initial dalliance.

Actress Lily James had a blonde moment as her transformation to ultimate bombshell Pamela Anderson in Netflix series Pam & Tommy, but it seems after switching back to dark it seems she missed her buttery blonde locks and has lightened up for summer.

Find out more online on Respectyou.me click the link in our bio 👆✨

With almost 40 years in the industry, we talk to Jim Shaw – owner of Toni & Guy, Billericay – about why expertise in hairdressing and barbering really matters.

When it comes to clients, there are so many reasons why they should visit an expert and reputable hairdresser. One of the most important being trusting the hairdresser with their hair and confident that they will receive fantastic hair and leave the salon happy. Not only that, should they have any areas of concern with their hair, or if they need any advice on their hair and products they are using – they will feel assured their hairdresser will be knowledgeable and be able to provide them with the best advice and recommendations possible.

Read more online on Respectyou.me click the link in our bio 👆🖤

We are super excited to see hairdressing hero Sam McKnight‘s first haircare product line hitting the Space NK shelves later this month. Inspired by skincare formulas, to provide the foundation of every great hairstyle for every hair type. To earn their place in Sam’s kit bag, each product has been meticulously tried and tested backstage at fashion shows on all hair types, on shoots and on the red carpet to ensure they perform.

Energised by his much-loved garden, Hair By Sam McKnight is packed with hair and skin-loving ingredients and is where results-driven botanical ingredients meet scientific innovation.

Read more online at Respectyou.me click the link in our bio 👆✨🧡

Check out this stunning mural at The Hairington Salon, Southsea, Portsmouth 😍​
​